Meteor Shower and its incredible facts! | 2022

A meteor shower is an astronomical or celestial event, that takes place throughout the day and night time, but we are able to observe them during the night time.

The very intense or unusual meteor showers are known as meteor storms or meteor outbursts.

Nearly 50 tons of space debris crash onto the Earth every day. While some debris shyly dissipates into the atmosphere, others display a spectacular light show.

Before going to discuss Meteor showers, let’s know about meteoroids, Meteors, and meteorites because all these terms are associated with each other.

Difference between meteoroid, meteor, and meteorite?

All these are related to flashes of light called “shooting stars”. Sometimes, these are seen as streaking across the sky.

However, depending on their location, we call the same object by different names. Isn’t interesting?

The meteoroid is a small metallic or rocky body in outer space. Their size varies from a small grain to one-meter-wide objects. The objects smaller than this are called micrometeoroids or space dust.

Now in your mind, one question may strike- from where do these objects come?

These objects are fragments of asteroids or comets, also ejected from the other planets such as Moon or Mars surface.

Must Read: Best Five Star Projectors in 2022: Bringing the Cosmos into Your Home

Sometimes these meteoroids become closer to the Earth and due to the gravitational force of the Earth, they are pulled towards the Earth’s surface.

During entering the atmosphere of earth, these got a speed of around 20 km/sec or 72,000 km/hr. The meteoroids crash against air particles, which creates air resistance or friction and results in excess heating.

During their course of journey through the Earth’s atmosphere, the heat vaporizes meteoroids, and the gases surrounding them briefly light up and are converted to fireballs called meteors.

These appear as streaks of light across the sky or “shooting stars” or “meteor showers”.

The dust and particles continuously bombard Earth from all directions occasionally and result in solitary meteors.

The meteoroids entering to the Earth’s atmosphere, and most of them disintegrate before they reached the earth’s surface.

During the course of the journey through the atmosphere, survived meteors still remain as pieces and strike Earth’s surface called meteorites.

The smallest meteoroids burnt entirely in the atmosphere while the largest reached the ground and creates impacts.

When it touches the ground, the very large meteorite causes an explosion that is proportional to its size.

With the impact, the rocky debris sometimes dispersed over several kilometers around the crater.

There are more than 100 impacts have been traced on the Earth’s surface. The Manicouagan Impact Crater is one of the oldest and larger crater found in Canada.

It formed a ring around is about 100 kilometers in diameter. It is the large meteorite crashing into Earth more than 210 million years ago.

Some meteorites are as large as boulders. The Hoba meteorite is the largest meteorite found on Earth. It was discovered in Namibia in 1920 and it weighs around 54,000 kilograms.

Meteorites are the last stage in the existence of these types of space rocks.

In the below of this article, we have broadly discussed about the various types of meteorites and their compositions, kindly go through them.

Meteorite Hunting: How To Find Treasure From Space

This book is written by one of the best-known personalities in the field and co-host of Science Channel’s hit television series Meteorite Men; Geoffrey Notkin.

Detailed information on how to locate, excavate, and identify space rocks are given in the book.

The book consists of 16 chapters and 142 pages, which describe different hunting strategies and examine strewnfields and craters.

We realize that if you are passionate about meteorites and meteor showers, this book may be perfect for you.

How many meteor showers occur in a day?

According to an estimation, each day, around 25 million meteoroids, micrometeoroids and other space debris enter Earth’s atmosphere.

This results in around 15,000 tonnes of these materials entering the atmosphere each year and some of them are visible to us in the form of shooting stars or meteor showers.

According to NASA, about 48.5 tons or 44,000 kilograms of meteoritic materials enter the Earth’s atmosphere each day.

The daily map of meteor showers is maintained by NASA. There are more than 900 suspected meteor showers have been listed by Meteor Data Centre and out of which about 100 are well known.

The outer space or the space between the planets of our solar system is swarming with vast numbers of meteoroids, small pieces of rocks, and dust originating from nearby asteroids or comets.

There are some lesser amounts of meteoroids that also comes from the rocky satellites, terrestrial planets, and exoplanets i.e., outside our solar system. These are called interstellar dust.

The meteor shower occurs when the Earth’s orbit intersects with the orbit of comets.

The nuclei of the comets are made up of a combination of icy materials and loosely combined “dirt”.

As the comets crosses close to the Sun, they got massive heat and some amounts from the comet disintegrated and continue to orbit in the elongated orbit around the Sun.

As comets travel, they leave behind trails of rocky materials. Oftentimes, the size of a pebble or grains of sand but sometimes it is a larger boulder.

You May Also Read: DART’s Impact on Dimorphos Asteroid- Never Seen Before

Every year, the Earth crosses these trails of debris known as meteoroid streams, and the planet is sprinkled with rocky material.

Although the orbit of Earth is almost circular, most comets travel in a highly elongated ellipse.

Sometimes comets whose orbit intersects or partially overlaps the Earth’s path, particles from that attracted by the gravitational force of Earth and enter into the Earth’s atmosphere and result in a “Meteor Shower”.

The visibility of meteor showers also greatly depends on the Moon. With a bright full moon, the appearance of a meteor shower is fainter and can be clearly seen in a new moon’s dark sky.

Although meteor showers occur throughout the day and night but due to the light of the Sun during day time, we can’t see but we are able to observe them during nighttime.

The frequency of meteor showers depends on the particular comet that orbiting Earth at about the same time each year.

Because, when the point at which Earth’s orbit and the comet’s orbit collision occurs, results in a shower of meteors.

Further, the strength of meteor showers varies from one year to the next because some parts of a comet’s path are richer in debris than others.

Particularly, when Earth crosses the comet’s path shortly just after the passing of the passing parent comet results in the strongest meteor shower.

You May Also Read: Never seen before “Cosmic Cliff” and Star Formation

The names of meteor showers are given on the basis of the closeness of the star or constellation that is close to where the meteors appear in the sky.

Amongst them, perhaps the Perseid meteor shower is the most famous, which occurs in August of every year.

Every Perseid meteor is a tiny piece of comet Swift-Tuttle, which swings by the Sun every 135 years.

To date, there are more than 60,000 meteorites have been traced. These are broadly categorized into three categories; stony, iron, and stony-iron meteorites.

These are composed of minerals that contain silicates (composed of silica and oxygen molecules) and trace amounts of nickel and iron.

The stony meteorites are again categorized into two major types; chondrites and achondrites.

The chondrites are classified into ordinary and carbonaceous chondrites. The chondrites are formed from the dust and small particles that came together to form asteroids in the early solar system, more than 4.5 billion years ago.

The ordinary chondrites meteorites are the most common type of stony meteorites i.e., around 86 percent of all meteorites that have fallen to Earth.

You May Also Read: Nanotechnology Products in Daily Life in 2022

The Lunar and Martial meteorites are the achondrite meteorites, that come from the Moon and our neighbor planet Mars respectively. These are produced from the impacts on their surfaces.

Due to their heavy mineral composition i.e., iron and nickel, they survived from the disintegration through their journey in the harsh plummet of Earth’s atmosphere and remain as intact.

The Hoba meteorite of Namibia is the largest meteorite ever found to date and is an iron meteorite.

Stony-iron meteorites are composed of nearly equal amounts of silicate minerals and metals (iron and nickel).

Their chemical compositions are similar to most iron meteorites. Thus perhaps these may come from the different parts of the same asteroids during their disintegrations.

You May Also Read 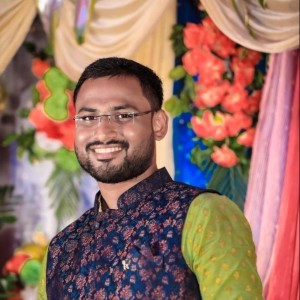 He has completed his Bachelor's (B.Sc.), Master's (M.Sc.), and Master of Philosophy (M.Phil.) degree in Lifesciences and currently pursuing his Doctoral degree (Ph.D.) in Biomedical Sciences. He has 5 years of research experience in the field of Lifesciences, Biomedical Sciences, Nanobiotechnology, and Application of Computer Sciences in Biological Sciences. His research works have been published in various reputed International Journals and he loves to spend time exploring and writing about recent trends and developments in the scientific world.
All Posts

Nano Curcumin and its hidden potentials | 2022